Ughhh... I swear summer came early this year....but, then again, it is practically summer all year long here in Los Angeles ...hehehe.... I guess it was silly of me to complain.  Unlike the rest of the continental US, the weather here in LA remains pretty constant all year long save for some very occasional rain and a few cool nights in the winter.  Other than those, it is sunny most part of the year. This is great for most people but this is torture for me.  Ha! that coming from a girl who grew up in the tropics :0  It also does not help that daylight saving time is in effect because the sun is out really early in the morning and is still up until about 7p.m. Aigoo, pure torture...

Having lived in LA for over 10 years, I still cannot seem to get adjusted to the weather.  I usually do my errands in the morning to avoid the scorching heat and keep the air conditioner running most part of the year (approximately 10 months).  The temperature these past few days was rather high and it does not help that my living room get the afternoon sun.  even with the air blasting, I can still feel the warmth coming in from outside despite having closed both the vertical blinds and drapes.

Because of the unusually warm weather, I made some lemonade and lemon-limeade yesterday which are both great thirst-quenchers.  I made too much lemonade that it didn't fit in my pitcher so I poured some in several ice trays and popped them in the freezer.  I checked on them this afternoon and they froze nicely so I made this delicious looking frozen lemonade.  Instead of lemonade ice cubes, you can also make limeade ice cubes which are great as they can be used for frozen margaritas...just add tequila into the mix, coat the glass rims with salt, and you're ready to party...

1. In a small sauce pan, add 1 cup water and 3/4 cup sugar. Heat until sugar dissolves. Remove from heat and let it cool. Set aside.

4. Pour some of the lemonade in an ice tray and place in the freezer until frozen. Chill the rest in the refrigerator until ready to use.

5. To create frozen lemonade, remove lemonade ice cubes from freezer and place on a blender. Add three or four regular ice cubes and about 1/4 of a cup of chilled lemonade.

6. Blend until smooth.  You may add more ice cubes and lemonade to adjust taste based on your preference. 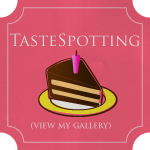